We’ve reached the fourth Sunday of Easter, so Pentecost is just a month away.  There will be both an introit and an anthem this Sunday.

The opening hymn is “Savior, Like a Shepherd Lead Us,” hymn no. 387. This hymn is attributed to Dorothy Ann Thrupp (and was almost certainly written by her, but being modest, she explicitly took credit for few of her hymns).  Born in London on 10 Jun 1779, she was the daughter of Joseph Thrupp.  She was an editor for the Religious Tract Society and published “Savior, Like a Shepherd Lead Us” in a collection of her hymns: Hymns for the Young, first published in 1830.   She died on 14 December 1847.

The tune is the eponymous BRADBURY.

https://youtu.be/yuEgj3hp1iM “Savior, Like a Shepherd Lead Us,” by Dorothy Thrupp, music by William Bradbury, sung a cappella by the Joslin Grove Choral Society (very good)

William Batchelder Bradbury was born in York, Maine, on 06 Oct 1816.  In 1830, his parents moved to Boston, and he soon became known as an organist.  Dr. Mason was leading singing classes at the time, which were very popular, and William Bradbury attended.  He was then admitted to Mason’s Bowdoin Street church choir.

He next taught in singing schools himself in Machias, Maine, and St. Johns, New Brunswick.  Then he became the Director of Music and organist at the First Baptist Church of Brooklyn which was followed by a position at the Baptist Tabernacle in New York City.

He began teaching singing classes in New York City.  He had a class of over 600 in the Spring Street Church alone.  Then he produced a series of “Juvenile Music Festivals” at the Broadway Tabernacle, with a thousand children singing (two-thirds of whom were girls).  It was said to be quite a sight to see 1000 children, all dressed in their uniforms, rise together at the beginning of the concert. 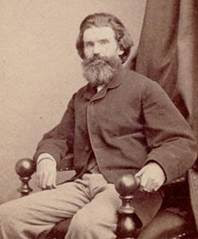 William Bradbury wrote many Sunday School tunes for singing by children, and worked to have music taught in the public schools of New York City, an effort in which he succeeded.

https://youtu.be/iusYVmuXwzA “Just As I Am” performed by GLAD, a cappella (one of my favorites)

William Bradbury died at age 51 on 07 Jan 1868 and is buried in Bloomfield Cemetery in New Jersey.

Here are Dorothy Thrupp’s words sung to an updated tune by Leigh Nash:

https://youtu.be/5UkIpjb0YrE “Savior, Like a Shepherd Lead Us” sung by Leigh Nash

The anthem is “What Does the Lord Require?” It is based on Micah 6:8. (Micah 6:1-8 are about the only verses we ever hear about from the book of Micah.)

The music is by Jim Strathdee (b. 1941).  Jim and his wife Jean have a singing ministry.  According to Jeanie Strathdee’s Facebook page, she is a fan of NPR and the Rachel Maddow show.  For many years, the Strathdees were directors of music at St. Mark's United Methodist Church in Sacramento, California. 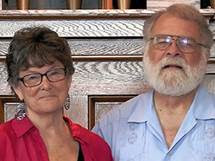 The music is made up of three interlocking melodies that form a quodlibet on the text.

[A quodlibet combines several different melodies in counterpoint.  The word is Latin (quod + libet) for “what pleases.”]

John 10:4 When he has brought all his own sheep out, he goes ahead of them, and the sheep follow him because they recognize his voice. 10:5 They will never follow a stranger, but will run away from him, because they do not recognize the stranger’s voice.”

Sheep are not like most farm animals (hogs and cattle, for example), which have to be driven to get them to move from place to place (while saying “suee-eey” or “haw, cow”).  Sheep can be led. 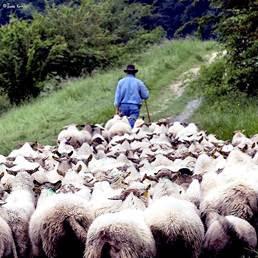 [By the way, it is a common misconception among city-folk that one says “suee-eey” to call hogs.  But that is not the case,  (at least, not in most parts of Missouri and Iowa).  We used “suee-eey” only to drive hogs, not call them.  When we called them we said “Whoi-eee, whoi-eee, here pig, pig, pig.” See attached.—I think “suee-ey” may have been used in the south to call hogs, but that wasn’t the case in northwest Missouri.  To call the cows, I would yell “Suoo-uk, cow, suoo-uk,” and they would come running, especially if they were being fed corn.  We raised polled Hereford and Texas Short-horn cattle, Spotted Poland China hogs, and white Plymouth Rock chickens.  We didn’t raise any sheep for reasons that can’t be discussed in polite company.] 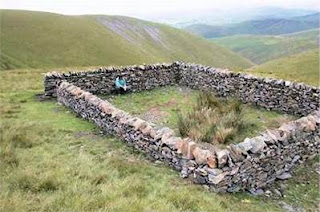 A sheep fold, with no gate or door. 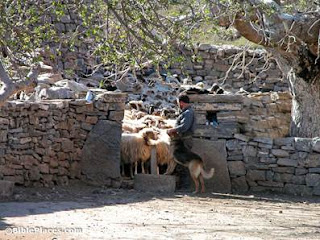 Shepherd acting as the gate of the sheep fold.

I Peter 2:11-25 is the epistle lesson.  In this epistle, purportedly written by (or on the authority of) Peter, the writer urges his readers, because they are foreigners and exiles, to “keep away from fleshly desires” and “maintain good conduct.”

He then tells them to submit to authorities, not only to kings, but also to the governors they appoint.  But it gets worse:

It is difficult to believe today that anyone could have ever argued that the “institution of domestic slavery in the United States” not only agreed “with the Holy Scriptures in its great fundamental principles,” but also that it agreed “in its details with the teachings of the Holy Scriptures,” however, that was the case before the Civil War.  [See, for example, Lectures VI in  Lectures on the Philosophy of Slavery, As Exhibited in the Institution of Domestic Slavery in the United States by William A. Smith, D.D., President of Randolph-Macon College, and Professor of Moral and Intellectual Philosophy (1857).  Also see Ten Letters on the Subject of Slavery: Addressed to the Delegates from the Congregational Associations to the Last General Assembly of the Presbyterian Church, by N. L. Rice, D.D., Pastor of the Second Presbyterian Church, Saint Louis, Missouri, 1855. 1 Peter 2:18 is one of these writers’ most cited verses.]

The conclusion of the reading quotes from Isaiah 53. Only a few snippets are quoted in 1 Peter 2:22-25, but Isaiah 53 is one of my favorite chapters in the entire Bible, so here it is:

He had no dignity or beauty to make us take notice of him.

There was nothing in his appearance that we should desire him,

— nothing that would draw us to him.

We despised him and rejected him.

and was afflicted by disease.

No one would even look at him —

we ignored him as if he were nothing.

But he endured the suffering that should have been ours,

the pain that we should have borne.

All the while we thought that his suffering was punishment sent by God,

but he was pierced for our transgressions,

tortured for our iniquities.

We are healed by the punishment he suffered,

made whole by the blows he received.

we have all turned to our own way.

But Yahweh made the punishment fall on him,

the punishment that all of us deserved.

He was treated harshly, but he was submissive;

he never said a word.

By a perversion of justice he was taken away,

and no one cared about his fate.

Yes, he was torn away from the land of the living;

—for our faults struck down in death.

They gave him a grave with the wicked,

a burial-place among the refuse of humankind,

though he had done no violence

and had spoken no word of treachery.

“After all his pains he shall be bathed in light.

After a life of suffering, he will again have joy;

he will know that he did not suffer in vain.

My devoted servant, with whom I am pleased,

will bear the punishment of many

and for his sake I will forgive them.

And so I will give him a place of honor,

a place among the great and powerful.

He poured out himself and willingly gave his life.

He let himself be taken for a sinner

while he was bearing the faults of many,

and praying all the time that they might be forgiven.”

One of the verses quoted from Isaiah in 1 Peter 2 is “All we like sheep have gone astray; we have all turned to our own way.”

https://youtu.be/dNmWgQp1_iE “All We Like Sheep” performed by the Choir of King’s College, Cambridge, and the Brandenburg Consort 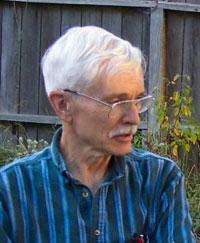 Christopher Webber is a graduate of Princeton University and of the General Theological Seminary in NYC.  He now lives in Sharon, Connecticut.  He has written a number of books, including Beyond Beowulf, Welcome to the Episcopal Church, and Re-Thinking Marriage.  He also makes maple syrup.

The tune, EVAN, is usually attributed to William Henry Havergal (1793-1870).  He was born at High Wycombe, Buckinghamshire, and educated at Oxford.  He won the Gresham Prize for an anthem in 1845. [John Julian, Dictionary of Hymnology (1907).]

The sermon title is “How Did You Get into the Pasture?”

When I was growing up on the farm, the question was not how did you get into the pasture, but instead, how did the bull get out of the pasture and into the neighbor’s corn field.

My mother would then have to go drive it back onto our own land.  When my father returned home from working in one of our fields, my mother would tell him, “The animal got out today.”

My brother and I were also taught not to say the word “belly,” only “tummy” and “stomach” were  permitted.  Parental standards seem to have grown substantially more permissive since my day.

The hymn preceding communion is no. 505, “Be Known to Us in Breaking Bread.” The communion hymn was authored by James Montgomery.

It is sung to ST. FLAVIAN.  The same tune is sometimes used with “Lord, Who Throughout These Forty Days,” (no. 81).

https://youtu.be/YT8Etg9BNgc “Be Known to Us in Breaking Bread,” words by James Montgomery (1825), on piano

Other hymns by James Montgomery include “All Hail to God’s Anointed” (no. 205), “Lord, Pour Thy Spirit from on High,” and “Stand Up and Bless the Lord.”

James Montgomery (b. 04 Nov 1771, Ayrshire in southwest Scotland; d. 30 Apr 1854 at The Mount on Glossop Road, Sheffield) was the son of a Moravian Brethren pastor.  He wrote much poetry, including heroic couplets (The World Before the Flood, 1812), and he authored 400 hymns, 100 of which were still being commonly used in 1907, according to the Dictionary of Hymnology.  “Angels from the Realms of Glory” is one of his more popular hymns.  He also wrote “Go to Dark Gethsemane” (https://youtu.be/vD6tcMroY0A ) and “Song of Praise the Angels Sang.” 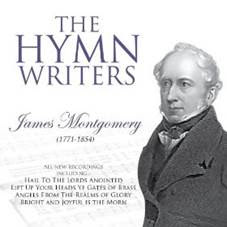 If you would like to read some heroic couplets, you can read the 1819 edition of James Montgomery’s The World Before the Flood here:

The poem is 184 pages long, beginning with the invasion of Eden by the descendants of Cain and ending with the prophecy of Enoch.

The closing hymn is “Lord, Whose Love Through Humble Service,” no. 427.

About 1961, the Hymn Society of America called for new hymns written on the topic of “social welfare.”  The text of this hymn was the response of Alfred  F. Bayly (b. September 6, 1901, Bexhill on Sea, Sussex, England; d. July 26, 1984, Chichester, Sussex, England) to that call.  He served Congregational churches—later the United Reformed Church.  (In 1972, the “Congregational Church in England and Wales” and the “Presbyterian Church of England” merged to become the United Reformed Church.)

This relatively new hymn is often sung to the tune BEACH SPRING, but in our hymnal it is to be sung to a Welsh melody, BLAENHAFREN.

We know the tune from “We Are Living, We Are Dwelling, In a Grand and Awful Time.”

http://youtu.be/Fkfj3rz_1As?t=2m4s “Lord, Whose Love Through Humble Service,” sung to BLAENHAFREN

You can also hear the tune here:

http://hymnary.org/media/fetch/182817 (the pedal part has its own little tune)

https://youtu.be/GfnM-yygIuw Tune BLAENHAFREN as a setting for “We Are Living, We Are Dwelling In a Grand and Awful Time”

The instrumental music isn’t listed in the bulletin.

Posted by OSHPC Reporter at 5:24 PM