He was born in Canada (on 30 May 1916) and died in South Carolina.   During World War II, he enlisted in the Royal Canadian Air Force and was appointed Bandmaster of the Eastern Air Command Band.

His doctorate was from Oxford University, England.  The subject of his dissertation was “the development of a volunteer music program.”

According to his gravestone in Greenville, SC, he was “Promoted to Glory” on 31 July 1999.  There is part of treble staff on his side of the headstone. 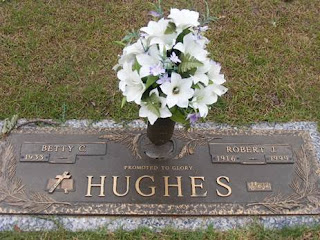 The words are by Tobias Clausnitzer.  He was born on 05 Feb 1619 at Thum in Saxony.  He attended several universities, including Leipzig, where he obtained a M.A. in 1643.    In 1644, he became chaplain to a Swedish regiment by appointment.  After the Peace of Westphalia in 1649, he became first pastor at Weiden, where he remained until his death on 07 May 1684.

The hymn is an 1858 translation by Catherine Winkworth of “Liebster Jesu wir sind hier, dich und dein Wort anzuhören.”  Alterations were made to her translation in 1972.

The tune LIEBSTER JESU was composed by Johann Rudolf Ahle in 1664.  Johann Rudolph Ahle was born at Mühlhausen in 1625.  He attended Erfurt University, where he studied theology, then became an organist at Erfurt. He later returned to Mühlhausen to take the position of organist at St. Blasius Church.  He served as mayor of Mühlhausen and died in 1673.

The lessons are the same as last week.  John 10:1-10 (all about sheep and shepherds and Jesus being a door) and 1 Peter 2:11-25 (with the injunction to slaves to obey their masters, even when their masters were perverse, and the quotations from Isaiah 53).

The tune, WINCHESTER OLD, is very familiar.  It is the tune used with “While Shepherds Watched Their Flocks by Night, All Seated on the Ground.”

We sang this hymn on Father’s Day last year and on Mother’s Day in 2015.

https://vimeo.com/51459621 “How Happy Is Each Child of God” sung by Bellevue Presbyterian Church congregation, Bellevue, Washington 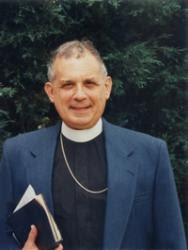 Dwyn M. Mounger was born in 1938 in Jackson, Mississippi, where he grew up.  He is the son of a Presbyterian minister.  He was a leader in the Mississippi civil rights movement in the 1960s.

From 1961 to 1962, he was  Fulbright Scholar at the Free University of Amsterdam, Netherlands.

The sermon title is “Discerning His Voice.”

The concluding hymn is “Lord Speak to Me, that I May Speak,” no. 426.  The words are by Frances Havergal (1836-1879), daughter of the Rev. W. H. Havergal.  She was born at Astley, Worcestershire.  She was very well educated and knew Greek and Hebrew.    Theologically, she is described as being “mildly Calvinistic.” 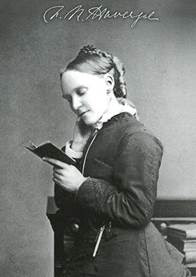 “Yes, He Knows the Way is Dreary,”

Yes! He knows the way is dreary,
Knows the weakness of our frame,
Knows that hand and heart are weary;
He, 'in all points,' felt the same.
He is near to help and bless;
Be not weary, onward press.

“Tell It Among the Heathen.”  https://youtu.be/NhOjyor_PDs

The tune for “Lord, Speak to Me, that I May Speak,” CANONBURY is derived from the fourth piano piece in Robert A. Schumann's Nachtstücke, Opus 23 (1839).

Robert Schumann (1810-1856) intended to be a concert pianist, but he injured his hand, and turned to composing instead.  He attempted suicide in 1854 and, at his own request, “was confined to a mental institution,” where he spent the last two years of his life.

You can hear the hymn here:

http://youtu.be/4bfWclC8Kp8  “Lord, Speak to Me, that I May Speak” sung at Geneva Presbyterian in Laguna Hills, California

Marcel Dupré was born in Rouen, Normandy, France on 03 May 1886.  His father was an organist there and a friend of the famous organ-building family of Cavaillé-Coll.  The Duprés had an organ built in their house.  He studied at the Paris conservatory under Alexandre Guilmant, Louis Vierne, and Charles-Marie Widor.

It is said that he was able to perform the complete works of J. S. Bach entirely from memory.  The John Wanamaker Store (Philadelphia) sponsored his transcontinental tour in the United States in 1924.

In 1934 he became the organist at St. Sulpice in Paris, assuming the post previously held by Charles-Marie Wido.  He held that title until his death on 30 May 1971 at Meudon (near Paris)-- though he was often doing other things.

He was the director of the American Conservatory at the Château de Fontainebleau near Paris from 1947 to 1954.

Most of his organ compositions are moderately to extremely difficult, and some say his Évocation op. 37  and his Deux Esquisses op. 41 are impossible.

https://youtu.be/qqCgPsPQqRI Deux Esquisses op. 41 by Marcel Dupré performed by Jean-Baptiste Robin, live, at Bonn-Beuel, 10 Nov 2013  (If you don’t have time to watch the whole thing, go to 1:45 and start from there.)  He appears to have memorized the score. 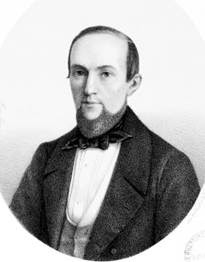 https://youtu.be/QYRxp0MMI7g J. L. Battmann’s “Morceau No. 60,” played on a harmonium by Chris

Here’s some other very pleasing little pieces by Battmann played on a reed organ:

Posted by OSHPC Reporter at 9:17 PM