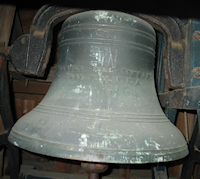 Old South Haven Presbyterian Church members have been ringing our 120 year old church bell at 8:12 each evening this week. We are doing this to honor those who stood up for racial and ethnic equality in Charlottesville on 8/12/17, and as a call for solidarity against bigotry in all its forms. We plan to continue this through the month of September and hope that other churches will join us, ringing their bells to affirm God's vision for our society: peace, justice, and love.
Elder Darcy Stevens
Posted by OSHPC Reporter at 4:50 PM No comments: 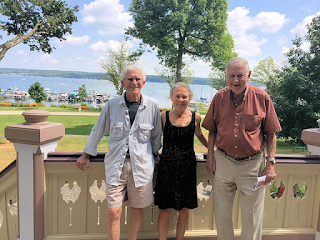 Pastor Tom on vacation/study leave until Thursday, August 31.
at the Chautauqua Institution, Chautauqua, N.Y.
Pastor Yuri Ando, United Methodist Church of Bellport, will be on call for this period.

Posted by OSHPC Reporter at 10:04 AM No comments: 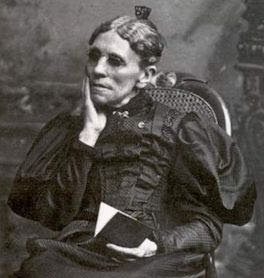 Posted by OSHPC Reporter at 8:29 AM No comments:

Pastor Tom on vacation/study leave from Friday, August 18 to Thursday, August 31.
at the Chautauqua Institution, Chautauqua, N.Y.
Pastor Yuri Ando, United Methodist Church of Bellport, will be on call for this period.
There will be no Property/Finance Committee Meeting nor Session Meeting
this month.

Posted by OSHPC Reporter at 10:08 AM No comments:

Posted by OSHPC Reporter at 3:58 PM No comments: