Music for the Worship Service of Sunday, November 9, 2014 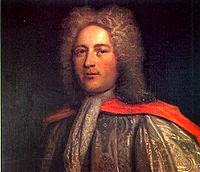 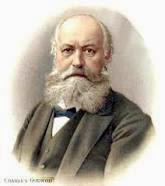 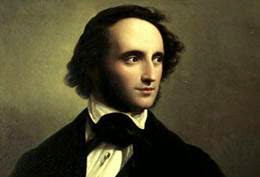 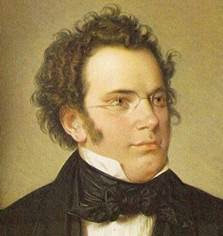 The introit is “We Come Before Thee,” the practice files for which were distributed on June 2, 2014.

The author/composer of the piece is shown as James Denton, but James Denton was just a pseudonym.

The introit is actually by Dr. Robert J. Hughes, who also used the aliases of John Johnson and James Moffatt.

He’s buried in Greenville, South Carolina, where his grave stone declares that he has been “Promoted to Glory.”  There is also a treble clef and some musical notes on the stone.

I don’t know why hymn writers use pen names.  It could be worse, Charles Gabriel, who composed the music for “Higher Ground” and wrote “I Will Not Forget Thee” and “He Lifted Me” sometimes used the pen name Charlotte G. Homer.

Here it is sung by the Mount Ensemble Male Voice Choir (India):

http://youtu.be/fawNNvEyQIQ  “Ye Servants of God, Your Master Proclaim,”  sung by the Mount Ensemble Male Voice Choir.  The choir is made up of men who live in and near St. Thomas Mount, a village on “a small hillock in Chennai, Tamil Nadu, India.”  They sing in Tamil as well as English.

The tune, HANOVER, was written by William Croft (1678-1727) in 1708.  He was educated at the Chapel Royal, which is not under the Archbishop of Canterbury of the Church of England.  It is instead part of the Ecclesiastical Household of the monarch.  In 1707, William Croft became the “Master of the Children” of the Royal Chapel.  He also composed some music for the funeral of Queen Anne in 1714 and for the coronation of King George I in 1715.

Croft also wrote the tune ST. ANNE, to which we sing “O God, Our Help in Ages Past, Our Hope for Years to Come.”

The readings are from the New Testament, the first from the gospel of Matthew, where the disciples are instructed “don’t worry about tomorrow, tomorrow will worry about itself. Today has enough trouble of its own.”

This is a bit different from the advice of Fleetwood Mac, who sang “Don’t stop thinking about tomorrow, yesterday’s gone, yesterday’s gone,” but Fleetwood Mac was also advocating a positive outlook --- Yes, the recent past may have been pretty awful or something you valued greatly, such as a relationship, is now no more, but yesterday’s gone, so don’t burden yourself being sorrowful with what has been lost or what might have been, instead, keep looking ahead; focus on tomorrow.

The gospel passage says that for those who place pursuing righteousness and the kingdom of God above all other concerns, everything needed will be provided.

So the passage from Matthew advocates living in the present with an attitude of confidence.  Don’t fret over what the future may bring.  The disciples are told to believe that God will provide --- don’t worry.

Of course, that leaves open the question of  how “pursuing righteousness and the kingdom of God above everything else” is to be defined, and what measures one might employ to determine whether one was doing so.  I expect there is a wide difference of opinion regarding what “righteousness” is, as well as how it is to be properly pursued.  Thus it would seem there’s something to worry about after all.

The second hymn is “Seek Ye First,” and goes with the theme of the Gospel lesson, Matthew 6:19-34.

The tune for this hymn, LAFFERTY, was composed by Karen Lafferty in 1972.  She also paraphrased the words from the gospel and set them to the tune.

Karen Lafferty was born in Alamogordo, New Mexico, in 1948, where she was also raised.

(The Alamogordo Bombing and Gunnery Ranger was the site of the Trinity test, the test of the first atomic bomb on 16 Jul 1945 at 5:29:45 a.m.  It worked.  The test had originally been scheduled for Independence Day.  It is said the name “Trinity” was selected by Robert Oppenheimer “after a poem by John Donne.”)

Karen Lafferty has a Bachelor of Music Education degree from Eastern New Mexico University.  As a nightclub entertainer working in the area of Costa Mesa, California, she “began witnessing to people in the bars.”  Then she switched to recording Christian music.

After that, she decided to become a missionary to youth worldwide, or as she calls it, a “Musicianary,” and, from her base in Amsterdam, she led multinational music “teams” on tours in over 50 countries.  She and the other musicians were also “regularly involved with ministry to prostitutes and street people.”

Here is an a cappella version of “Seek Ye First” with a descant.

Here is instruction on how to sing the descant and the alto part:

He attended London University and Mansfield College, Oxford; then was the pastor at Congregational churches in Northumberland, Lancashire, and East Yorkshire.  After retirement in 1971, he lived in Chelmsford and was active in a United Reformed Church.

The same tune is used for “I Greet Thee Who My Sure Redeemer Art,” and in the green 1933 Presbyterian Hymnal, it was used for “God of the prophets, bless the prophets’ sons,” which no one sings anymore.

Well, I guess they still sing it in some denominations.  Here it is being sung at the Synod of the United Reformed Churches in North America, held in Nyack, New York, in 2012:

http://youtu.be/XxebaN2Hemc TOULON, with “God of the prophets! Bless the prophets’ sons.”

http://youtu.be/-14q2ufiiHo TOULON, with “I Greet Thee Who My Sure Redeemer Art.”

I did find “Lord of All Good” on YouTube, but the hymn was being sung to MORESTEAD, FARLEY CASTLE, WOODLANDS and other tunes --- not TOULON.

Mendelssohn died at age 38.  Schumann was one of the pallbearers.

It isn’t entirely clear to which of Mendelssohn’s compositions “Andante” refers.

http://youtu.be/Hza6grvgXL8  “Andante religioso” of the Sonata for Organ, Op. 65, No. 4, played by Einer von Weitem

This next composition has the same label, but sounds significantly different (better, I think):

http://youtu.be/8C3mVgjy_TY  “Andante with Variations,” Mendelssohn, played by Lorenzo Antinori, with assistance of a page turner, who also performs stop changes

The offertory piece is  "Offertorium"  by Charles-François Gounod.

I think it may be from Gounod’s Messe solennelle de Sainte Cécile which has eight parts:

The fourth part is “Offertorium.”

Here is the Symphony Orchestra of Armenia National Radio performing that part:

There is also singing by a choir and a soprano, tenor, and baritone in Messe solennelle de Sainte Cécile, but not during the “Offertorium.”

The postlude is "Menuet" from Fantasy for Piano, Op. 78   by Franz Schubert.

It is more interesting when you can see the pianist, as you can here:

How do pianists memorize all those notes?  This piano sonata is forty minutes long, but I have set the link to start at the third movement (“Minuetto”).

On Mark Barton not liking being called a flautist:

Some flutists, flautists, flutenists don’t care which term is used.  (Well, no one uses flutenist anymore.)

Most professional players of the instrument have tired of always being asked the question, but some hold particularly strong views, usually in favor of flutist over flautist.

James Galway summed up the way he feels about "flautist," saying: "I am a flute player not a flautist. I don't have a flaut and I've never flauted.”

The etymological evidence offers little support for flautist in English-speaking countries, but many written works now seem to prefer this term.