FW: Music for the Worship Service of Sunday, November 2, 2014 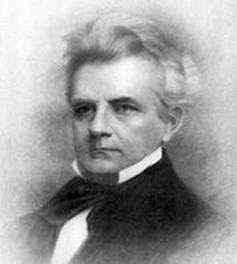 The Introit is Herb Frombach’s “We Are Here, Lord.”

You can hear it sung by professional singers here:

http://www.sheetmusicplus.com/title/we-are-here-lord-this-place-digital-sheet-music/19750299 “We Are Here, Lord” by Herb Frombach, arr. by Robert Lau

Herb Frombach was born in Johnstown, PA. He attended the Indiana University of Pennsylvania where he received his B.S. in Music Education. Herb has held positions as a high school music teacher and church choir director. Although he is now retired, he still enjoys working as a part-time piano technician.

There really is an Indiana University of Pennsylvania.  It’s in Pennsylvania --- in Indiana County, between Pittsburgh and Altoona.

(I’ve never been to Indiana, Pennsylvania, but John and I have been to Altoona. That’s where we saw the famous Horseshoe Curve, http://youtu.be/G1bvvDs3EHE .  It’s as bad as squeaking chalk on a chalkboard.)

As I said then:

The words are from Henry Van Dyke’s 1907 poem “Hymn to Joy” and are very different from the words of the “Ode to Joy” that is sung in the Ninth Symphony.

Henry van Dyke was a graduate of Princeton (1873) and of Princeton Theological Seminary (1877).  From 1899 to 1923, he was a professor of English literature at Princeton.

He wrote the poem, “Hymn to Joy,” with the intention of its being sung to the “Ode to Joy” melody.

For variety this time, let’s all sing the words of Friedrich Schiller’s poem, “Ode to Joy,” instead --- in German ("Freude, schöner Götterfunken").

Here is a good video of a performance of the final movement of Beethoven’s Ninth Symphony.

If you want to know more about the West-Eastern Divan Orchestra, you can watch the beginning at http://youtu.be/Vypj9NCINdM .

The Old Testament reading is Psalm 92, which begins:

It is fitting to thank the Lord,

and to sing praises to your name, O sovereign One!

It is fitting to proclaim your loyal love in the morning,

and your faithfulness during the night,

to the accompaniment of a ten-stringed instrument and a lyre,

to the accompaniment of the meditative tone of the harp.

For you, O Lord, have made me happy by your work.

I will sing for joy because of what you have done.

How great are your works, O Lord!

Your plans are very intricate!

The spiritually insensitive do not recognize this;

the fool does not understand this.

and all the evildoers glisten,

it is so that they may be annihilated.

But you, O Lord, reign forever!

It probably loses a bit in translation.

The New Testament reading is from Mark, Chapter 14, verses 12-25, about the Last Supper, but skipping the verses where Jesus tells the disciples that one of them will betray him, and stopping before they all sing a hymn and go out to the Mount of Olives.

The second hymn is appropriate for the occasion, Stewardship Sunday.  It is Hymn No. 428, “We Give Thee But Thine Own.”

His hymns combine “pure rhythm with great directness and simplicity,” according to John Julian, Dictionary of Hymnology (1907).  He also wrote the Autumn hymn, “The Year Is Swiftly Waning,” “The Word of God Incarnate” (which is Hymn No. 327 in our hymnal), and, most famously, “For All the Saints,” Hymn No. 526.

The tune is called SCHUMANN, because it is attributed to the German composer, Robert Alexander Schumann (8 Jun 1810 – 29 Jul 1856).  The arrangement is by Lowell Mason, which he first published in Cantica Laudis (1850).  However, Shumann’s wife, Clara Schumann, thought it unlikely that the hymn tune was based on any music composed by her husband.

Here are “Variations on ‘We Give Thee But Thine Own,’ ” some of which are more than a little silly.

http://youtu.be/6slVBWDRS9o Variations on “We Give Thee But Thine Own” by Stephen Z. Cook

The choir’s communion anthem is “Jesus Took the Cup” by Hal Hopson which is based on “a simple Scottish folk tune.”

You can hear it sung professionally here:

Or you can hear it as if being played in a tunnel (or a building with a lot of reverberation) at the Hope Publishing web site by clicking on the SATB version:

At first, I didn’t like this echo-y version, but it grows on you.

The closing hymn is “God, Whose Giving Knows No Ending,” Hymn No. 422, which is sung to the familiar shape-note tune (sacred harp tune), BEACH SPRING.

You can hear the shape-note version here:

You can hear a synthesizer “sing” it at the sacred harp web site in Bremen, Germany.

http://www.sacredharpbremen.org/lieder/026-bis-099/081t-beach-spring BEACH SPRING, click on the “play” icon for the four-voice version (Vierstimmig).

The tune sounds great on a mandolin:

http://youtu.be/LGXTY34U7GM BEACH SPRING, on a mandolin

BEACH SPRING is attributed to B. F. White, and it appeared in The Sacred Harp, published in 1844.

The words we sing are much newer that the words sung by the shape-note singers.  They were authored in 1961 by Robert Lansing Edwards (b. 1915, Auburn, NY; d. 15 Jan 2006, W. Hartford, CT).  He is the son of a former president of The Hymn Society.  Robert Lansing received his bachelor’s degree from Princeton, his master’s from Harvard, and his M. Div. from Union Theological Seminary in the City of New York.  He was also awarded the Bronze Star in World War II.

He served the Congregational congregation in Litchfield, Connecticut, and another in Hartford.  He retired to West Hartford where he died in 2006.

The prelude is “Communion with Thee” by Franklin Ritter.

It appears in The Organist’s Library, Vol. 46.  I still haven’t found this piece, but I’ve found another work by Franklin Ritter:

As most of the arrangements and compositions of Franklin Ritter have been published since 1960, I think he may be a contemporary composer, but I haven’t found out much about him.

You can listen to the symphony here:

George Bizet spent eleven years writing “Roma,” (from age 22 to 33), as he never thought he had gotten it just right.

He was still fussing with it when he died at age 36.

It takes a while for the theme to develop.

The postlude is Johann Sebastian Bach’s “Gelobet Seist Du, Jesu, Christ,” BWV 604, which was the prelude on June 15th.

You can hear it here:

Posted by OSHPC Reporter at 3:32 PM