Music for the OSHC Worship Service of November 23, 2014 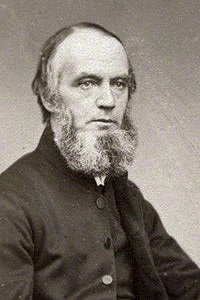 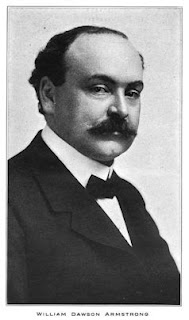 “Come, Ye Thankful People Come” is the opening hymn (No. 551).  The choir sang this as an anthem for Thanksgiving Sunday in 2011, so we already know how to sing it in parts.

The tune is by George Elvey.  He was born in Canterbury, England on 27 Mar 1816.  As a boy, he sang at Canterbury Cathedral.  Then he attended the Royal Academy of Music.  Around 1835, he was ap­point­ed “mas­ter of the boys” and or­gan­ist at St. George’s Cha­pel, Wind­sor, Eng­land, from which the tune for this hymn gets its name.

You can hear the Coral Ridge Presbyterian Chancel Choir sing the hymn at:

http://youtu.be/Fs-yU2Xj3as  (You will need to boost the volume.)

The organist is good. (Don't forget to turn the volume back down if you turned it up for the Coral Ridge Presbyterians.)

The words are by the poet Henry Alford (b. 07 Oct 1810, Bloomsbury, England; d. 12 Jan 1871) who was a fifth generation Anglican clergyman.  He had written several odes in Latin before he was ten as well as a history of the Jews.  He attended Trinity College, Cambridge.  Wikipedia says he might have had a great reputation as a scholar and preacher if he hadn’t dabbled in minor poetry and magazine editing.

Alford was ultimately advanced to the “deanery of Canterbury” where he remained until his death.

He was also a very good artist.

You can see his sketches here:  https://archive.org/stream/rivierapenandpe01alfogoog#page/n12/mode/2up The Riviera: Pen and Pencil Sketches from Cannes to Genoa.

The choir anthem is “We Praise Our God” by Ruth Heller, set to the tune of Finlandia by Jean Sibelius.

The Gospel reading is Matthew 25:14-40.  The first part is about not being too conservative when you are entrusted to invest someone else’s money, as that person expects to get a good return.  It seems to be rather radical advice on how to handle something valuable that isn’t yours, but perhaps that’s the point.

The next part is more interesting as it got me to thinking, why does a shepherd separate his sheep from his goats?  Although I grew up on a farm, we had neither sheep nor goats, though we did have cattle, hogs, chickens, ducks, and guineas.

I think it was not uncommon, even in America, to run sheep and goats in mixed herds.

I expect it was necessary to separate them when it came time to milk them.  After all, goat cheese and cheese made from sheep’s milk do not taste the same.  So you couldn’t use the same milk bucket for both the sheep and the goats, at least not at the same time, so it was probably prudent to separate the sheep and the goats before you started milking.

In our family, my mother did the milking.  We raised beef cattle though, so we only had milk when the a cow had a young calf.  I can remember helping make the butter when I was very small.  We had a little churn that looked like this:

I would sit on the floor and turn and turn the handle and watch the cream turn into butter.  It was more fun than playing with my toys.

Another question is why did the writer of these verses identify the righteous with the sheep?

http://youtu.be/SOCJwvrDnUA?t=44s  In 1955, the last German prisoners of war arrived in Germany from the Soviet Union, and the people sang “Nun danket alle Gott.”

The closing hymn is “Let All Things Now Living” by Katherine Kennicott Davis, sung to the tune ASH GROVE, a Welsh tune.

Katherine K. Davis often used a pseudonym when writing text for music.  For this one, which she wrote in the 1920s, specifically for this tune, she used the pseudonym John Cowley.

Her parents were Maxwell Gaddis Davis and Jessie Foote Barton.

She attended Wellesley College, graduating in 1914.  Her post-graduate years were spent at the New England Conservatory of Music.

Katherine Davis taught music at Concord Academy in Massachusetts and at the Shady Hills School for Girls in Philadelphia.

When she wrote “The Little Drummer Boy” she used the pseudonym C. R. W. Robertson and titled it “The Carol of the Drum.”  The Trapp Family Singers made it famous.

Here is a high quality recording of it by the Lebanon County Youth Chorus singing “Let All Things Now Living,” a cappella.

Or you can hear it WHISTLED here at First Plymouth Church in Lincoln, Nebraska:

The prelude is “Lobt Gott, ihr Christen, allzugleich (Praise God, You Christians, All Together” by J. S. Bach.

It’s a rather short piece.  You can hear it here:

The offertory is “Prayer” by William Dawson Armstrong.  This was also the offertory piece on 06 Apr 2014.

I think he looks a bit like David Suchet, the actor who play Poirot.

William Dawson Armstrong was born 11 Feb 1868 in Alton, Illinois.  His father, William Armstrong, was a life-long opponent of slavery and a Methodist.  William Armstrong married Mary E. Parker in 1867.  William Dawson Armstrong was educated in the Alton schools, then by various teachers in Alton, St. Louis, and Chicago.  He was then instructor at Forest Park University for Women in St. Louis from 1891-1892.  He was organist at First Baptist and St. Paul’s Episcopal in Alton, then at the Church of the Redeemer (Episcopal) and the Church of Unity in St. Louis.

He was a solo organist at the St. Louis Louisiana Purchase Exposition in 1904.  He wrote “The Specter Bridegroom” an opera in three acts that was presented in St. Louis. [I expect it is based on Washington Irving’s story of the same title, a ghost/horror story.]

He also wrote “I Know that She is Mine,” “a sweet melody wedded to pretty words, for the medium voice.”

I couldn’t find any of his works on YouTube.

I wasn’t able to find out much about this work, except that it was played on Independence Sunday at the Methodist Episcopal Church in Miami, Oklahoma, in July 1935.

“Song of Triumph” was published in “The Chapel Organist” in 1934.

It is difficult to trace James H. Rogers as there were two contemporaries, James Hotchkiss Rogers  (7 Feb. 1857-28 Nov. 1940) and James Henderson Rogers who were both organists and composers.

James Henderson Rogers (1852-1933) was an organist and choirmaster in several churches in Brooklyn.  His obituary appeared on 31 May 1933.  He had gone to St. Petersburg, Florida, at age 80 “to regain his health” and died there at age 81 on Memorial Day at 11:00 a.m. in his home at 1909 Nineteenth Street South.  This James H. Rogers wrote “Peace and Our Flag” and “America the Beautiful”  (not the famous one, that one is by Samuel Augustus Ward) according to the obituary in The Evening Independent of St. Petersburg.  He was buried in St. Bartholomew’s churchyard in St. Petersburg.  (However, The Herald Statesman of Yonkers, NY, reported on 01 Jun 1933 that the body would be returned for burial in Scarsdale.)

This James H. Rogers also wrote a play: “The Heir Apparent,” a comedy-drama in four acts in 1908, while he was living in Saugerties.

James Hotchkiss Rogers was a Cleveland composer.  He was born in Fair Haven, Connecticut on 07 Feb 1857 and was the son of an Episcopal priest, Martin Lorenzo Rogers and his wife Harriet Elizabeth Hotchkiss.  The family moved to Chicago when he was 13.  He studied organ for three years in Paris with Alexandre Guilmant and composition with Charles-Marie Widor.

I did find “Song of Triumph” and this contributor thinks it is by James Hotchkiss Rogers:

http://youtu.be/MtBxPcoONKE “Song of Triumph” by James H. Rogers played on the biggest organ in Finland by Marko Hakanpää

I also found this nice piano arrangement of “Oh, Promise Me!” by either James Henderson Rogers or James Hotchkiss Rogers:

Posted by OSHPC Reporter at 7:21 AM