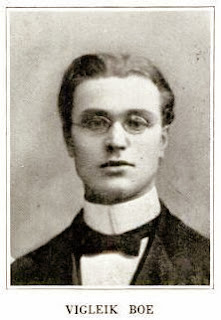 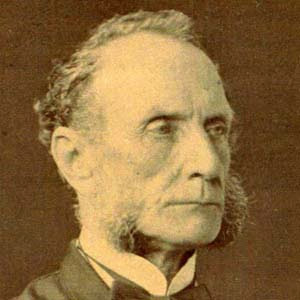 The introit is “Jesus, Name Above All Names” by Naida Hearn of North Palmerston, New Zealand.

The practice files are attached.

Simon Boroughs, who, in 1980-1983, attended the Pentecostal church where Naida Hearn played piano, believed the birth year of 1931 more likely.

I just checked the New Zealand electoral rolls. The Palmerston North electoral rolls show that she was married and registered to vote in 1957, so she was certainly born before 1944.

According to David Cain at http://songscoops.blogspot.com/2011/10/jesus-name-above-all-names-naida-hearn.html

Naida Hearn was doing her family’s laundry on a December day in 1974 near North Palmerston, New Zealand. Twenty years later in 1994 Sharon McKenzie, who was with a singing group from the United Kingdom, visited Palmerston North.  Here are some of her comments on that meeting:

We knocked on the door and a little lady answered. We asked if she was Naida Hearn, to which she replied in the affirmative. We told her that we were musicians visiting from England and would very much like to talk to her. She told us her story… (about an unhappy marriage). But, Naida was an inspiration to those around her, and had her bible open on the table ready to lead a bible study among those in her community.

She told us about writing her song, standing at the sink and having all the names of Jesus come into her head.

She then sat down at her piano and played it with wonderful flourishes.

She also shared with us that it wasn't sung correctly! A group of evangelists had taken her song to Europe but had taught it wrongly.

She said that she felt that when (she) was singing about our Lord, the melody should never drop, so at the end of the first half of the song in the words 'Glorious Lord', the note on Lord should stay the same note and not go down!

http://youtu.be/EEJAd_ZEfr0?t=54s “Jesus, Name Above All Names,” sung and played by Melissa Bent and her mother, Chris

If you would rather DANCE to this introit, here is a disco version.  (It is an introit after all.  We could have the pastor and lay reader dance to their positions at the front of the church.)

http://youtu.be/8_HgcQ1ktEA “Jesus, Name Above All Names,” dance version by Hypersonic

The words of the opening hymn, “Come, Thou Long-Expected Jesus” are by Charles Wesley.

The tune is HFRYDOL by Rowland Hugh Prichard.  HFRYDOL is one of the few hymn tunes that fits the pentatonic scale of the bagpipe particularly well.

(There is also a version on YouTube played on the small pipes by a player who gives more attention to the grace notes, but I think one reference to bagpipe music is probably enough.)

I would play it for you at some service, but I think I’ve outgrown my kilt.

His song book, “The Singer’s Friend” was written for use by children.  “Hyfrydol” means “cheerful,” and was composed by Prichard when he was 20.

It is also the tune for “Love Divine, All Loves Excelling.”  In fact, many different hymns are sung to the tune.  In the Baptist Hymnal alone, in addition to the two hymns just named, there are: “Praise the Lord! Ye Heavens, Adore Him,” “Jesus! What a Friend of Sinners,” and “I will Sing the Wondrous Story.”

You can hear an interesting arrangement of “Come, Thou Long-Expected Jesus” by David Bryant here:

If you would like to sing it in parts, you can listen to each part here:

The choir anthem is “To a Virgin Meek and Mild,” was authored by the Rev. Vigleik E. Boe and Oscar Rudolph Overby in 1935.

He was the student instructor of the St. Olaf Choir in 1898-99.  In 1899 he was attending the United Lutheran Theological Seminary in St. Paul.

Rev. V. E. Boe was the first pastor of the Norwegian Lutheran Church organized in Finley, North Dakota, in 1903, and he served there until 1909.  Then he went to Staten Island.  He returned to Finley and became the pastor again in 1917 and served until 1941.

He retired in 1940 and returned to Northfield, Minnesota, where he died on 08 Jun 1953 in Dennison, Minnesota.  He is buried in the Vang Lutheran Church Cemetery in Dennison.

Here it is on classical guitar:

Next, Jason Neal will light the first Advent candle, which for this year’s Advent at Old South Haven is the Candle of Hope.

At some point during this part of the service, the choir will sing a bit of the Don Besig/Nancy Price anthem “Candles of Advent” (1997).

The Old South Haven Choir first sang “Candles of Advent” in 2003.  It has a flute accompaniment, which Ann would play on her recorder.

The anthem isn’t arranged as one set of notes which are repeated for each verse.  There aren’t “verses” per se.

The score varies, especially in the flute accompaniment, as the part for one candle after the other is sung.

The practice files are attached.

As you recall, Rev. Philipp uses the Advent-candle sequence of the second column of my earlier e-mail:

“Candles of Advent” uses instead:

So the anthem’s sequence is without Joy (thus, no requirement for the PINK candle) while the sequence used by Rev. Philipp is without Faith.

Interestingly, at the conclusion of the anthem (p. 14), where the four candles are reviewed, only the men sing about the candle of faith.

The Old Testament lesson is from Jeremiah, Chapter 33, verses 14-16.  The verses record a bit of what the Lord, Yahweh, spoke to Jeremiah.  The Lord affirmed that “the time will certainly come” when He would “raise up a righteous descendant of David” to restore the nations of Israel and Judah.  “Under his rule Judah will enjoy safety and Jerusalem will live in security.”  If the prophecy is seen as a reference to the time Jesus was on the earth, I guess one might say that Judah did enjoy safety and Jerusalem did live in security --- under the Pax Romana.

The New Testament lesson is Luke 1:26-35, when the angel Gabriel appears to Mary.  The angel came to her and said, “Greetings.”  But Mary “was greatly troubled,” as anyone might well be, if an angel were to suddenly appear.  Luckily, of the angels mentioned in the Bible, Gabriel was one of the two good angels.  (The only other good angel mentioned by name is Michael.)

The Protestant Old and New Testaments give the names of only five angels.  The three bad ones are: Abaddon, Beelzebul, and Satan.

Abaddon, “The Destroyer,” was the king of an army of locusts and The Angel of the Abyss.

Beelzebul, “Lord of the Flies.” In the Testament of Solomon (written sometime between 1 A.D. and 400 A.D., Beelzebul appears as the leader of the demons.

Even though only five are named, we know there was a “host of angels” and Michael was the Prince of the Heavenly Hosts, and actually not just an angel, but an Archangel.

There are more named angels in other Bibles that include more or different books than the Protestant Bible.

In the Book of Tobias (Tobit) there is Raphael.  He’s one of the seven who stand before the Lord.

The Book of Enoch, which is in the Bible of the Oriental Orthodox Church of Ethiopia, includes four more angels, Raguel, Remiel, Saraqael, and Uriel.  These four, along with Michael, Gabriel, and Raphael, are said to be the seven angels who stand before the Lord.

The Latter-Day Saints have the Angel Moroni, who sits atop the Mormon temples.

Moroni visited Joseph Smith regularly when he was in New York, beginning on 21 Sep 1823.

Thomas Aquinas spent a lot of time thinking about angels, and through thought alone (and perhaps, some angelic inspiration), he was able to deduce that there are nine orders of angels, and the nine orders are arranged in three groups:

1.  Seraphim, Cherubim, and Thrones (these are the closest to God)

2. Dominations, Virtues, and Powers (these are involved in government --- the form of government being, naturally, a kingdom headed by an all-powerful monarch), and

3. Principalities, Archangels, and the rest of the Angels (these angels did the work of Heaven --- after all, somebody has to do it)

The Mormons believe in three types of angels, but none are to be worshipped, prayed to, or venerated.

Oddly, the Mormons do not believe that angels actually have wings.  Whenever they are represented as having wings, the wings are merely a symbolic way of expressing some characteristic of angels (mobility, majesty, or whatever).

If you look closely at the Angel Moroni, you will see he has no wings:

http://youtu.be/xVqnTq3dLnk The Angel Moroni being placed atop the new Mormon temple in Kansas City North (which I’ve seen)

(The music, by the Mormon Tabernacle Choir, of course, is splendid.)

The second hymn is “O Lord, How Shall I Meet You?” with words authored by Paul Gerhardt in 1653 and translated by Catherine Winkworth in 1863.

The tune is VALET WILL ICH DIR GEBEN (“I Want to Bid You Farewell”) and was composed by Melchior Teschner in 1614.

Melchior Teschner was born in Fraustadt, Poland, on 29 Apr 1584.  He was a German singer, composer, and theologian.

The words originally sung to Melchior Teschner’s melody were:

I want to bid you farewell,

It is not at all pleasing to me.

In heaven it is good to dwell,

My longing is set on what is above

There God will reward forever

Those who serve Him here.

“All Glory, Laud and Honor” is sung to the same tune.

You can hear the original words sung here:

Frans Mikael Franzèn was born in what is now Oulu, Finland, on 09 Feb 1772.  He was a librarian and a professor of Literary History, then a pastor in Sweden.  He became Bishop of Härnösand in 1834.  He died in Härnösand, Sweden, on 14 Aug 1847.

The words were set to an old Swedish melody dating from before 1560.

Here it is performed by Värmland Nations Choir:

Värmland Nations has something to do with how students are organized for extra-curricular and other activities at the University of Uppsala and is based on the system used at the University of Sorbonne in France.  (The explanation is in Swedish, and Google’s translation is a bit cryptic:  http://www.varmlandsnation.se/Nationen/Nationen.html .)

Here it is “Prepare the Way” performed in English:

(Dordt College is a liberal arts college associated with the Christian Reformed Church in North America that was founded in 1955 and is located in Sioux Center, Iowa.)

The words are by Charles Wesley and are often sung to REGENT SQUARE, but they are also sung to the tune HOLYWOOD from John Francis Wade’s Cantus Diversi, 1751

I think this same tune sometimes goes by the name ST. THOMAS (Wade).  The tune has by some been attributed to others.

John Wade was born in 1711.  He was an English Catholic and fled to France after the Jacobite Rebellion failed in 1745.  He lived in France the rest of his life and died there on 16 Aug 1786.

He is most famous for composing and writing the hymn “O Come, All Ye Faithful,” which some believe was meant as a birth ode to Bonnie Prince Charlie, and, they say, may also have contained other coded meanings hidden within it.  (I expect that was just the view of a few paranoid English Protestants who saw a Catholic conspiracy everywhere they looked.)

You can hear the tune here:

It is one of his seventy-nine chorales for organ which Dupré wrote to teach organists how to play Bach chorales.

It must a melancholy sort of gladness.

And here it is as an animated score:

It is also a short piece.