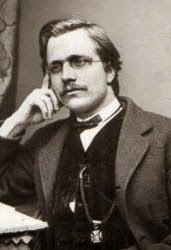 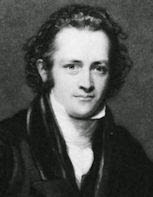 The introit is “Be Still and Know that I am God,” by J. Jerome Williams of North Carolina.

“O Come, O Come, Emmanuel” is the opening hymn for this service of the second Sunday of Advent.

The hymn and tune come from an ancient chant, “Veni Emmanuel.”  It was translated by John Mason Neale in 1851.

The Brigham Young University group Vocal Point does an interesting rendition of this hymn:

Here is an instrumental version that is hauntingly longing:

Now for a truly spectacular performance, here it is done by the Stonebriar Community Church with full orchestra, a children’s choir, and a very large adult choir.  (The Stonebriar congregation does a better job of decorating their church than we do at Old South Haven.  They even have a big blue Star of Bethlehem.)

Stonebriar Community Church is a “a nondenominational evangelical Christian church in Frisco, Texas, a fast-growing suburb north of Dallas, Texas.”  It was founded by a small group in 1998 and now has 4,000 worshippers every Sunday.  I wonder how Barbara Brown Taylor, the author of Learning to Walk in the Dark, the book of our book study, would explain that.

The Peace Candle will be lit by Brian Mullahy, and the choir will sing about the peace candle.

According to the bulletin, our singing the little bit about the Peace candle from Candles of Advent will be followed immediately by the choir singing the communion anthem:

Invitation to the Table by Mary Kay Beall.  The practice file from October 2003 is attached.

It’s the part that is a prophecy of one who is coming:

“Who can endure the day of his coming?”  For he will be like a refiner’s fire, like a launderer’s soap.”

The New Testament lesson from Luke, chapter 3.  The reader will have an opportunity to try to pronounce a lot of proper names (Trachonitis, Lysania, Annas, Caiaphas, etc.).

It’s the part about John the Baptist, quoting Isaiah, a “voice shouting in the wilderness, ‘Prepare the way of the Lord, make his paths straight.  Every valley . . .”

(Bogdan Mihai is good at pronouncing his end consonants.  He’s a Romanian tenor who trained in Italy.)

The second hymn is “Comfort, Comfort You My People,” by Johannes Olearius, 1671, to the tune from the Genevan Psalter (1551) used for singing Psalm 42. The translation is by Catherine Winkworth.  Some attribute the tune to Louis Bourgeois (~1510-1559).

Johannes Olearius attended the University of Wittenberg and received an M.A. in 1632 and later, a D.D.  He was an adjunct professor in the Wittenberg philosophy department.  The Duke of Sachsen-Weissenfels, Duke August, appointed Olearius his “chief court preacher” in 1643 and private chaplain at Halle.  Olearius died 24 April 1684.

http://youtu.be/z1BeKHq2LIQ “Comfort, Comfort You My People” with organ, drum, and tambourine (audio quality only so-so)

There is also a small orchestra, but you can’t hear it---at least I couldn’t.

The communion hymn is “Become to Us the Living Bread” with words authored in 1970 by Miriam Drury.

Here is a high school choir in Santa Barbara singing a piece by the same name as the tune (but it’s not the tune of the hymn).  However, it is a very good video (and it’s short):

This is the tune we’re singing (which is the tune of “O Sons and Daughters, Let Us Sing”):

The words we will be singing were written by Miriam Drury (1900-1985) who was born in California and lived there most of her life.  Her husband taught at the San Francisco Theological Seminary.  At the end of her life, she lived in the Presbyterian Retirement Home in Monte Vista Grove, Pasadena, California, http://www.mvgh.org/ a faith-based, multi-level retirement community.

“Watchman, Tell Us of the Night” is the closing hymn.  The words date from 1825 and were authored by John Bowring

In the U.S., the words are most frequently sung to the tune WATCHMAN by Lowell Mason, but in our hymnal, it is set to the tune ABERYSTWYTH by Joseph Parry.

Here’s the tune played by the Tredegar Town Band:

Joseph Parry was born in Merthyr Tydfil, Glamorganshire, Wales, in 1841.  He died in Glamorganshire on 17 Feb 1903.  From that, you might think he lived his whole life in a small region in Wales, but that is not the case.

From the Psalter Hymnal Handbook, 1998:

At the age of nine he was “sent to work in the puddling furnaces of a steel mill.”  His family emigrated to Pennsylvania in 1854, and he was an ironworker in Danville, Pennsylvania.  He started a music school there, then in 1865, he returned to Great Britain to study music in London and at Cambridge.  In 1873, he became a professor of music at the Welsh University College in Aberystwyth, Wales, a seaside resort.

ABERYSTWYTH is also the tune for “Jesu, Lover of My Soul.”

According to Wikipedia, he was born in Exeter, “the son of a wool merchant from an old Unitarian family” and the daughter of Thomas Lane, vicar of St. Ives, Cornwall.

He was known as a hyperpolyglot.  He said he knew 200 languages and could speak 100.  He translated many Eastern European poems into English, including the poems of the Magyars (Hungarians), Polish poems, and poems of Russia.

He is the great-great grandfather of the English actress, Susannah York.

I found a piece of the same name by Bach:

The Offertory Is a waltz by Chopin played on the piano by Annika Johnsen.

Chopin wrote many waltzes.  The Offertory music is probably based on one of these:

Communion music is not listed in the bulletin.

John Stanley’s “Voluntary in E Minor” is the postlude.

Here it is played on an audio reproduction of an organ in the Netherlands:

By watching the video you learn about John Stanley too.  (In 1779, he became Master of the King’s Music.)

But if you would like to see and hear it played on a Hinners Organ, try:

The organ is at the Christ Episcopal Church in Ontario, California.

It is a two-manual organ, very similar to Old South Haven’s organ.

The long pipes that had to be mitred (or Haskellized) in the OSH organ are simply mounted lower on the organ in California.

Posted by OSHPC Reporter at 7:11 AM