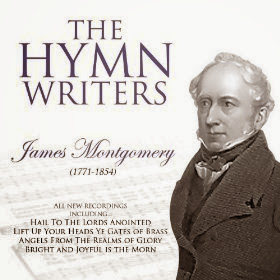 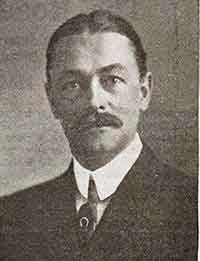 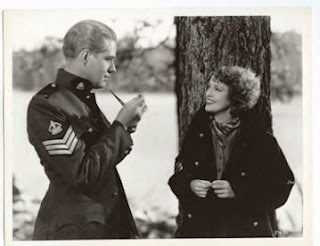 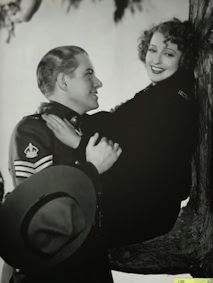 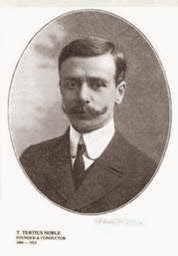 Here is the music for the Third Sunday of Advent:

The introit is "Jesus, Name Above All Names."

One thing I like about the Jerusalem Bible is that they translate " יְהֹוָה " (Y H W H) as "Yahweh."

Most translations write LORD in all caps instead.

This was also the introit for the first Sunday of Advent.  The piece was written by Naida Anita Hearn of North Palmerston, New Zealand.

She thought of it "while doing her family's laundry on a December day in 1974."

The Advent Candle meaning and sequence used by our pastor has the third Sunday of Advent being the Sunday of the Joy Candle, so the opening hymn is "Joy to the World."

That song might more appropriately called "Joy to the World (Jeremiah was a Bullfrog)" to avoid confusion.

http://youtu.be/dFypAB7nYGA "Joy to the World," by Three Dog Night

Here it is the other "Joy to the World" (the one without the bullfrog) sung by the Calvary Mennonite Youth Group of Paris, Tennessee.

The words are by Isaac Watts (1719) which are sung to the tune ANTIOCH in our hymnal.

The tune is attributed to Handel, but was actually more "inspired by the music of Handel."  Lowell Mason composed it in 1836.

Here's how the Presbyterians in Davenport, Iowa, sing it:

http://youtu.be/tlF8XYWsNmQ "Joy to the World," sung by the choirs of the First Presbyterian Church of Davenport, Iowa

Maybe Old South Haven should make a video too.

If you would like to sing it in parts here they are:

After the "Passing of the Peace," Sean Moran will light the pink Joy Candle, and the choir will sing the section of "Candles of Advent" about the "Light one candle of FAITH" but say "JOY" wherever "FAITH" appears.

We will then immediately go into singing the "Advent Peace Canon" an arrangement of Johann Pachelbel's "Canon in D" by Ruth Elaine Schram.

Ruth Schramm has written a lot of Advent music, including an anthem for the "Joy Sunday" of Advent.  In her sequence, it is the fourth Sunday instead of the third, but she doesn't include that in her anthem.  You can hear it sung here by clicking on the speaker icon:

Joy is an emotion that may be evoked by many different circumstances, and this passage happens to be about being joyful because your enemies are going to get their just deserts.

Let the desert and dry region be happy;

let the wilderness rejoice and bloom like a lily!

let it rejoice and shout with delight!

It is given the grandeur of Lebanon,

the splendor of Carmel and Sharon.

They will see the grandeur of the Lord,

the splendor of our God.

Strengthen the hands that have gone limp,

steady the knees that shake!

Tell those who panic,

"Be strong! Do not fear!

Look, your God comes to avenge!

With divine retribution he comes to deliver you."

Then blind eyes will open,

the mute tongue will shout for joy;

for water will flow in the desert,

streams in the wilderness.

This follows Chapter 34, where Isaiah writes:

and furious with all their armies.

He will annihilate them and slaughter them.

Their slain will be left unburied,

their corpses will stink;

the hills will soak up their blood.

For the Lord has planned a day of revenge,

a time when he will repay Edom for her hostility toward Zion.

Christian commentators have somehow seen Chapter 35 as a prophecy about the "approach of the Messiah" who will "take vengeance on the powers of darkness."

Matthew Henry asserts that the verse about the "desert" refers to the soul being a "wilderness" that will "blossom abundantly" due to the converting grace of Christ.

At the time the passages were written (701 BC), King Hezekiah had led a rebellion against Assyria with backing from Egypt and Babylonia, but things hadn't gone so well.

The armies of King Sennacherib of Assyria had captured every one of the fortified cities of Judah and his armies were now outside the walls of Jerusalem, where  King Hezekiah was holed up.

King Sennacherib of Assyria had just sent his chief advisor to tell Hezekiah that if he surrendered and joined with him against Hezekiah's former allies, he and the people of Judah would be treated well.

King Hezekiah, however, was resolute, and kept telling everyone to trust in the Lord, "The Lord will certainly rescue us."

The advisor to King Sennacherib then told the people on the walls of Jerusalem (speaking to them in Hebrew) that they would be much better off if they were to make a deal with him, for if they didn't, the siege against the city would continue, and they would soon find themselves eating their own excrement and drinking their own urine. (Isaiah 36:12)

So one might think the verses actually had something to do with the dramatic and dire situation at hand rather than being about Christ, but who knows?

Mary goes to visit her relative Elizabeth, and when Mary arrives at Zechariah's house, the baby in Elizabeth's womb (John the Baptist) leaps for joy.  Then Mary sings a hymn of praise, the Magnificat.

Here is an a cappella anthem based on the reading:

http://youtu.be/6F33Y7OgXzM "Magnificat" by Randy Gill, performed by The Zoe Group

For a grander (and much longer) musical interpretation of the passage, you can listen to:

The second hymn is No. 18, "The Desert Shall Rejoice."

I don't recall ever singing this hymn before.  It was written in 1983 by Gracia Grindal and is set to music composed by Joy F. Patterson, a Presbyterian elder who lives in Wassau, Wisconsin.

The tune is called STERLING, and Joy Patterson composed it in 1988.  She was on the committee that prepared the 1990 Presbyterian Hymnal we use, and three of her hymns made it into the hymnal.

Joy Patterson was born in Lansing, Michigan, in 1931 and grew up in LaGrange, Illinois.  She has a masters in French from the University of Wisconsin.  After teaching college French, she worked for the Social Security Administration.

The author of the hymn, Gracia Grindal, was born on May 4, 1943, in Powers Lake, North Dakota.  She lived in Tioga and Rugby, North Dakota, until age twelve, when the family moved to Salem, Oregon.  She has degrees from Augsburg College (B.A., 1965), the University of Arkansas (M.F.A., 1969), and Luther Seminary (M.A., 1983).  She is a Professor of Rhetoric at Luther Seminary, Decorah, Iowa.

Gracia Grindal is an author and poet.  Her first book of poetry, Pulpit Rock, was published in 1976.  Her publications include Scandinavian Folksongs (1984) and Sketches Against the Dark (1982).

You can hear the hymn tune here:

The rhythm is a bit unusual, so you may want to listen to it before we try to sing it.

The closing hymn, No. 205, is "All Hail to God's Anointed" with words authored by James Montgomery in 1821, and a tune composed by Thomas Tertius Noble in 1938, ROCKPORT.

Though he later lived in the U.S., T. Tertius Noble was born in Bath, England on May 5, 1867.  He studied at the Royal College of Music in South Kensington, London.  He was organist and choirmaster at Ely Cathedral from 1892 to 1898.  From 1898 to 1913 he was at York Minster, and while there he founded and conducted the York Symphony Orchestra.

In 1913, he was at St. Thomas Episcopal Church in New York City, where he remained until 1943.  He died ten years later in Rockport, Massachusetts, one day before his eighty-sixth birthday.

While at St. Thomas Episcopal he founded the Saint Thomas Choir School for boys in 1919.

One of the organists at Old South Haven, Herbert R. Hannon, was headmaster of the Saint Thomas Choir School from 1923-1925.  Mr. Hannon was the organist when I first started attending Old South Haven in 1977.  He lived near Sayville.  He was quite old, nearly blind, and no longer able to drive, so one of our parishioners would bring him to Old South Haven to play the organ.  (He knew all the hymns in our old 1933 green hymnal by heart, so it didn't matter that his sight was failing.)

This tune we have sung before:

James Montgomery (b. 04 Nov 1771, Ayrshire in southwest Scotland; d. 30 Apr 1854 at The Mount on Glossop Road, Sheffield) was the son of a Moravian Brethren pastor.  He wrote much poetry, including heroic couplets (The World Before the Flood, 1812), and he authored 400 hymns, 100 of which are still being commonly used in 1907, according to the Dictionary of Hymnology.  "Angels from the Realms of Glory" is one of his more popular hymns.  He also wrote "Go to Dark Gethsemane" and "Song of Praise the Angels Sang."

If you would like to read some heroic couplets, you can read the 1819 edition of James Montgomery's The World Before the Flood here:

The poem is 184 pages long, beginning with the invasion of Eden by the descendants of Cain and ending with the prophecy of Enoch.

The music for the Offertory is "Andante in G" by Robert Morrison Stults.

Robert Stults (1861-1933) was a composer who lived in New Jersey.  He was born at Hightstown.  His family moved to Long Branch in 1872.  He graduated from Long Branch High School in 1880 and became the music teacher there while, at the same time, he studied under Frederick Brandeis.

In 1886, he moved to Baltimore and entered the piano business and studied organ while he was there.  Then, about 1898, he was head of a piano shop in Philadelphia.

He also ran a newspaper which he founded, The Long Branch Daily Record.

One of his more popular tunes was "The Sweetest Story Ever Told," which he composed in 1892.  It sold over 3 million copies.

I didn't find "Andante in G," which Stults wrote in 1932, but I did find "The Sweetest Story Ever Told."

You are probably saying to yourself, "I wonder what the words are to that tune."  Well, here they are:

Stults also wrote "A Bit of Nonsense," "Clover Bloom," "Once in the Bygone Days," and "Sing Me Some Quaint Old Ballad."

It's Latin for the beginning of the Lord's Prayer.

Posted by OSHPC Reporter at 8:23 AM