FW: Music for the OSHC Service of February 12, 2017, 6th Sunday in Ordinary Time

From: Richard Thomas
Subject: Music for the OSHC Service of February 12, 2017, 6th Sunday in Ordinary Time

“Immortal, Invisible, God Only Wise,” hymn no. 263, is the opening hymn of praise to the Ancient of Days.  It was authored by Walter Chalmer Smith (1824-1908) in 1867.  It is sung to the tune of a traditional Welsh ballad "Can mlynedd i nawr (A Hundred Years from Now).”  [The ballad, which is nothing like the hymn, was written by David Morris, b. 1798.  He was a Welsh cobbler who lived most of his life at Tredegar.]

The tune is called ST. DENIO, and the Psalter Hymnal Handbook says, it is “sturdy tune . . .; its bright character in a major key should put to rest the notion that all Welsh tunes are sad and in minor key. It bears vigorous performance with singing in harmony . . .”

https://youtu.be/spE-BE23qxA “Immortal, Invisible, God Only Wise,” as performed on the BBC program, “Songs of Praise.”  It is sung by the congregation of Halifax Minister, including a descant.

https://youtu.be/0CARJxvwDaA “Immortal, Invisible, God Only Wise” at the royal wedding of Prince Charles and Camilla, the Prince and Princess of Wales

For an a cappella performance, you can listen to the Smucker family sing it here:

https://youtu.be/NacT-XxQcp0 “Immortal, Invisible, God Only Wise,” as performed by the Smucker family, a cappella

The Smucker family is a Mennonite singing group.

The Dictionary of Hymnology (1907) has this to say about the author:

Smith, Walter Chalmers, D.D., was born at Aberdeen Dec. 5, 1824, and educated at the Grammar School and University of that City. He pursued his Theological studies at Edinburgh, and was ordained Pastor of the Scottish Church in Chad well Street, Islington, London, Dec. 25, 1850. After holding several pastorates he became, in 1876, Minister of the Free High Church, Edinburgh. His contributions to poetical literature have been many and of great merit. 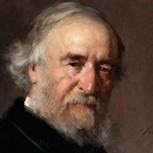 One of his many poems “of great merit” is “Hilda Among the Broken Gods,” which you can read here:

The Old Testament reading is Psalm 8.  We sometimes sing a versification of Psalm 8 by the Rev. Fred R. Anderson, “O Lord, Our God, How Excellent, How Glorious Is Your Name,” hymn no. 162.  Psalm 8 is fairly short.

how magnificent is your reputation throughout the earth!

You reveal your majesty in the heavens above!

From the mouths of children and nursing babies

you have ordained praise on account of your adversaries,

so that you might put an end to the vindictive enemy.

When I look up at the heavens, which your fingers made,

and see the moon and the stars, which you set in place,

Of what importance is the human race, that you should notice them?

Of what importance is humankind, that you should pay attention to them,

and make them a little less than the heavenly beings?

You grant mankind honor and majesty;

you appoint them to rule over your creation;

you have placed everything under their authority,

including all the sheep and cattle,

as well as the wild animals,

the birds in the sky, the fish in the sea

and everything that moves through the currents of the seas.

how magnificent is your reputation throughout the earth!

Then they came to Capernaum. After Jesus was inside the house he asked them, “What were you discussing on the way?”

But they were silent, for on the way they had argued with one another about who was the greatest.

After he sat down, he called the twelve and said to them, “If anyone wants to be first, he must be last of all and servant of all.”

The Luke version puts: “For he who is least among you will be great,” at the end of the story.

Now an argument started among the disciples as to which of them might be the greatest.

At that time the disciples came to Jesus saying, “Who is the greatest in the kingdom of heaven?”

Fred Kaan was born in Haarlem, The Netherlands, on 27 Jul 1929.  During World War II, his parents worked with the resistance and hid a young Jewish woman who had escaped from Belsen.  Three of his grandparents died from starvation during the war. He never attended church as a child, and first stepped into a church when he was in his late teens.

After studying theology and psychology at Utrecht University, he went to Great Britain (Western College in Bristol).  He became a Congregational minister in 1955 and served first in south Wales, and was the pastor at Pilgrim Church in Plymouth. In 1972, the “Presbyterian Church of England” and the “Congregational Church in England and Wales” merged to become the United Reformed Church.

Fred Kaan began writing hymns at age 34, originally as a way of summarizing and emphasizing the themes of his sermons.
He didn’t like the new style of hymns called “praise hymns,” which he called “nursery rhymes of the church.”  He believed that new hymns needed to “address the modern challenges to faith” and “issues of peace and justice.”

His hymns include “Let Us Talents and Tongues Employ,” “For the Healing of the Nations,” and “Now Let Us from this Table Rise.”

He was instrumental in the creation of the World Alliance of Reformed Churches in 1968.
In 1954, he had married Elizabeth Steller, a daughter of missionaries, but in 1989, they divorced.  After she died in 1993, he married a general practitioner, Anthea Cooke.  They moved to the Lake District after her retirement.

He developed Alzheimer’s disease and cancer and died on 4 October 2009 in Penrith.

The words are most frequently sung to the tune ACCEPTANCE by John Ness Beck, but that isn’t the tune used in the Presbyterian Hymnal.

To hear the tune used in our hymnal, BARONITA, click here:

The tune is by Doreen Potter and is also used for the hymn, “For All the Faithful Women.”

Doreen Potter (1925-1980) was born in Panama and received her primary and secondary education in Jamaica, where she studied piano and violin. She then moved to England where she trained as a teacher of music at St. Katharine's College in Liverpool. In 1957 she obtained a Licentiate of Music degree at Trinity College, London, where she played violin in several orchestras.
She married Philip Potter, who served as general secretary of the World Council of Churches in Geneva. Through that connection she met Fred Kaan and began writing tunes for his texts. In 1975 they published Break Not the Circle which included twenty new hymns through the Agape division of Hope Publishing Company.
LINSTEAD has become the most popular of the hymns that first appeared in this collection. This hymn is now widely sung all over the world and appears in most all denominational hymnals here in the states. LINSTEAD has also taken on a life of its own and now appears with a number of texts. Hope's new hymnal Worship & Rejoice (2001) has used the tune three times.
Unfortunately, Doreen Potter died of cancer at the age of 55 before many of her musical settings achieved popularity.

The sermon title is “It Hurts Me Too.”

In some of the blue hymnals, a note in the refrain of “I Danced in the Morning” has an open circle over it.  A small open circle is an actual musical notation symbol, but it is apparently an error in the hymnal.  It appears only in some of the hymnals with blue-tinted pages.  An open circle has different meanings depending on the score.  There was one in the cello score for one of the anthems we sometimes sing, “God’s Divine Table.”  There it means that the cellist is to press on the string of the cello at a place that will make the note jump up an octave.  (In an organ piece, the open circle means, “use your heel to play this note.”)

I have no idea how an “open circle” symbol got onto the score of this hymn in some of the hymnals.

“Lord of the Dance” is sung to the Shaker melody SIMPLE GIFTS. Some sources say Elder Joseph Brackett, a Shaker, composed the tune in 1848. 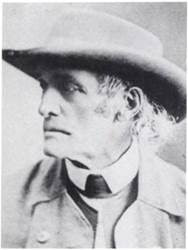 You can see the words originally sung with the tune and hear it sung here (highly recommended):

The words we will be singing were authored by Sydney Carter in 1963.

You can hear those words here:

According to Wikipedia, Sydney Bertram Carter was “an English poet, songwriter, and folk musician.”  He was born 06 May 1915 in Camden Town, London, and died 13 Mar 2004 in Herne Hill, London.

He also wrote a song called “Julian of Norwich.”  She was an English anchoress (http://courseweb.stthomas.edu/medieval/julian/anchoress.htm ) and Christian mystic (1342-1416).

Carter attended Balliol College, Oxford, where (as they say in England) “he read history” and graduated in 1936.  He was a pacifist and a conscientious objector in World War II.  He served in an Ambulance Unit in Egypt, Palestine, and Greece.

His most controversial lyrics are:

And I saw they had a carpenter to crucify as well.

You can blame it on the Devil, it's God I accuse.

It's God they ought to crucify, instead of you and me,

I said to the carpenter a-hanging on the tree.

He was right, of course, according to sound Calvinistic theology, the death of Jesus on a cross was precisely what God intended.  In fact, it was not only what God wanted, it was what God demanded according to the penal substitutionary atonement theory of the reformation.

(The penal substitution theory is a substitutionary atonement theory that is derived from a merit-based system of righteousness.  It replaced the older ransom-to-Satan theory.)

Many but by no means all ancient and modern branches of Christianity embrace substitutionary atonement as the central meaning of Jesus' death on the cross.

Oddly, in the Eastern Orthodox and Eastern Catholic churches, substitutionary atonement is not incorporated in their doctrine of the Cross and Resurrection.

All of the substitutionary atonement theories attempt to provide some logical explanation of what was the point of the crucifixion.

Atonement theories first require that one decide what is sin and how sin relates to God.

If you define sin as merely being a failure to do what God has designed humans to do, and believe that God can forgive sins, then one doesn’t need one of the more exacting substitutionary atonement theories.

One can just say that through the crucifixion Jesus was providing a moral example—and be done with it.

The instrumental music is not listed in the bulletin.

I really liked the prelude we heard last week—the music Händel composed in 1738 for a short aria in the opera Xerxes.

It is sometimes called “Ombra mai fu” (Italian for “Never was a shade”) because those are the first words of the aria.  When it is not sung, it frequently is called simply “Händel’s Largo.”

In the opera, the aria is sung by Xerxes I of Persia, the main character.  It expresses his admiration for the shade of a tree.

I found an interesting entirely instrumental performance that features a 30-year old Croatian cellist, Stjepan Hauser.   (He was about 29 when the video was made in June 2015.) 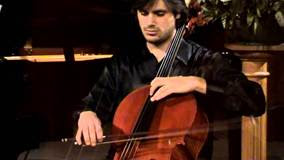 Stjepan Hauser is half of the group “2Cellos.”  The performance was at the Lisinski Concert Hall in Zagreb, the capital of Croatia.

The 2Cellos didn’t become famous by playing classical music.  Here is their mashup of “Whole Lotta Love” by Led Zeppelin and Beethoven’s “5th Symphony.” (It’s not live, so they can appear with themselves, making 4 Cellos.)

Here is a translation:

I like the way Philippe Jaroussky sings  “Ombra mai fu” better than how Christopher Lowrey sings it (https://youtu.be/EAP7j3B_yIY ), though the second video is higher quality.

Posted by OSHPC Reporter at 7:52 AM