The Introit is “Be Still and Know.”

That’s “Be Still and Know,” the short introit by J. Jerome Williams, not “Be Still,” the long anthem by Mary McDonald. (Midi file attached.)

“Jim” Williams was born in Morganton, NC.  He attended Mars Hill College (AA), Mars Hill, NC, and Appalachian State University (BS, MA), Boone, NC.  He was a high school band and choral director.  He retired in 1994, then taught for a few years at Mars Hill College.  He was the choir director of the First United Methodist Church in Hickory for 31 years, retiring in 2007.  He is now Chancel Choir Director Emeritus.

The opening hymn is No. 464 “Joyful, Joyful, We Adore Thee,” the tune for which is taken from the fourth movement of Ludwig Van’s Symphony No. 9.

The words are from Henry Van Dyke’s 1907 poem “Hymn to Joy” and are very different from the words of the “Ode to Joy” that is sung in the Ninth Symphony.
Henry van Dyke, poet, author, and Presbyterian minister
(b. 10 Nov 1852, Germantown, Pennsylvania, d. 10 Apr 1933)

Henry van Dyke was a graduate of Princeton (1873) and of Princeton Theological Seminary (1877).  From 1899 to 1923, he was a professor of English literature at Princeton.

He wrote the poem, “Hymn to Joy,” with the intention of its being sung to the “Ode to Joy” melody.  At the time, he was the guest preacher at Williams College, a liberal arts college in Williamstown, Massachusetts.

The “Ode to Joy” ("Freude, schöner Götterfunken"), on the other hand, was written by the German poet, playwright and historian Friedrich Schiller in 1785.  (Some changes were made by Beethoven when he set it to his music.)

Beethoven never knew how it sounded though (except in his imagination, of course), as he was almost totally deaf by the time he completed his Ninth Symphony in 1824.

Being deaf, however, didn’t stop Beethoven from directing his Symphony No. 9 at its premiere in Vienna.

“Violinist Joseph Böhm recalled: ‘Beethoven directed the piece himself; that is, he stood before the lectern and gesticulated furiously.’ . . . When the audience applauded, Beethoven was several measures off and still conducting.”

Here’s an “Ode to Joy” flash mob that was sponsored by a bank:

In Japan, it's an end-of-year tradition to sing "Ode to Joy," the final movement of Beethoven's Ninth Symphony. The song is so well-known in Japan that it's known simply as daiku, literally "number nine." In Osaka, a 10,000-person-strong "Number Nine Chorus" of amateur singers performs daiku every December, to thundering effect. While there are some professionals involved (the soloists and orchestra), the Number Nine Chorus is largely a community effort. And the sound of 10,000 singers, trained or untrained, is unbelievable.

In 2011, in the wake of the devastating earthquakes and tsunami in Japan, the Number Nine Chorus gave this performance.

The Old Testament reading is from Exodus, where Moses is having a discussion with God, and wanting to make sure God was going to go with him and the people, and that God wasn’t going to leave him in the lurch.

“If your presence does not go with us, do not take us up from here."

God tells Moses, don’t worry, I know you, and I will be with you.  But Moses wants to know who it is who is making all these promises.  (You say you know me, but who are You?)

And Moses said, “Show me your glory.”

In the Septuagint “glory” is translated “yourself” meaning, “Show me the real You.”

And the Lord said, “I will make all my goodness pass before your face, and I will proclaim the Lord by name before you;
I will be gracious to whom I will be gracious, I will show mercy to whom I will show mercy.”
But he added, “You cannot see my face, for no one can see me and live.”
The Lord said, “Here is a place by me; you will station yourself on a rock. When my glory passes by, I will put you in a cleft in the rock and will cover you with my hand while I pass by. Then I will take away my hand, and you will see my back, but my face must not be seen.”

B. Jacob says that God’s “glory” includes God as manifested in nature, that is, the laws of nature, the undergirding of all of creation.

So, knowing that Moses wasn’t yet ready for General Relativity theory and quantum mechanics, God tells Moses he will have to be content with knowing God’s moral nature, His goodness, and knowing that He is “present.”

The New Testament lesson is the first chapter of I Thessalonians.
The second hymn is “As Deer Long for the Streams,” hymn no. 189.

The words are by Christopher L. Webber and are based on Psalm 42:

As a deer longs for streams of water,
so I long for you, O God!
I thirst for God,
for the living God.
I say, “When will I be able to go and appear in God’s presence?”
I cannot eat, I weep day and night;
all day long they say to me, “Where is your God?”
I will remember and weep!
For I was once walking along with the great throng to the temple of God,
shouting and giving thanks along with the crowd as we celebrated the holy festival.
Why are you depressed, O my soul?
Why are you upset?
Wait for God!
For I will again give thanks
to my God for his saving intervention.
I am depressed,
so I will pray to you while I am trapped here in the region of the upper Jordan,
from Hermon, from Mount Mizar.
One deep stream calls out to another at the sound of your waterfalls;
all your billows and waves overwhelm me.

We sang another hymn by Christopher L. Webber last month, on 07 Sep 2014, and I included a photo of the author in that e-mail.  (He’s the guy who lives in Connecticut and makes maple syrup every year.  He, like the author of the first hymn, is also a graduate of Princeton University.)

The tune is ROCKINGHAM (Miller), an adaptation of the tune TUNEBRIDGE.

Edward Miller (1735-1807) of Norwich and Yorkshire harmonized the tune in 1790.  He named the tune for his friend, Charles Watson-Wenworth, the 2nd Marquess of Rockingham.  It is the tune to which “When I Survey the Wondrous Cross” is usually sung.

[In 1752 Rockingham was appointed Lord of the Bedchamber to George II.  Under George III, Lord Rockingham was appointed Prime Minister, but, due to dissent in the cabinet, served in that post only from 1765-1766.  He did succeed in repealing the Stamp Act, but also had a bill passed that affirmed the British Parliament had full authority to pass whatever legislation required to govern and provide funds for protecting the colonies.] 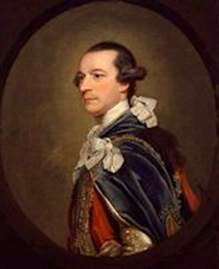 I couldn’t find anyone singing “As Deer Long for the Streams.”  (I did find people singing “As the Deer Panteth for Water,” which is another song on the same psalm, but here is the choir of Kings College, Cambridge, singing “When I Survey the Wondrous Cross” to the same tune at Eastertide.

http://youtu.be/Z9eCUqz_x5A  “When I Survey the Wondrous Cross,” Kings College, Cambridge, sung to ROCKINGHAM --- with a descant

The closing hymn is no. 539, “Savior, Again, to They Dear Name, we raise with one accord our parting hymn of praise.”

He wrote The Holiest Manhood and its Lessons for Busy Lives  in 1882 (“thirteen ten minute sermons or sermonettes of excellent quality”) and Our Infirmities: Six Short Instructions in 1883.  (You can read the latter here: http://books.google.com/books?id=HhwFAAAAQAAJ&printsec=frontcover#v=onepage&q&f=false )

Ellerton was educated at Trinity College, Cambridge.  In addition to the hymn we will be singing on Sunday, Ellerton wrote hymns for every season of the church calendar, including “King Messiah, Long Expected,” a hymn for The Circumcision of Christ (1 January).  He also wrote the more popular hymn is “Welcome, Happy Morning! age to age shall say.”

In 1860, John Ellerton became the chaplain for Lord Crewe and vicar of Crew Green. Here is where Lord Crewe lived, Crewe Hall: 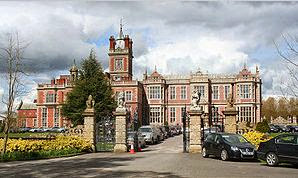 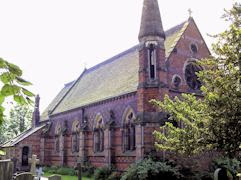 Hungerford Crewe, the 3rd Baron Crewe, was educated at Eton College and Christ Church, Oxford.  He was elected a fellow of the Society of Antiquaries in 1840.  He never married.  He died of influenza at Crewe Hall in 1894, and the barony became extinct upon his death.

The tune, ELLERS, was composed by Edward John Hopkins (b. Westminster, 30 Jun 1818; d. London, 04 Feb 1901).  As a boy, he was a chorister at the Chapel Royal and sang at the coronation of King William IV in 1830.  He was a founder of the College of Organists.  The Archbishop of Canterbury presented him with an honorary Doctorate of Music in 1882.
He wrote thirty hymn tunes.  Here is ELLERS played by the Woodfalls Band as they warm up for the 2014 West of England Regional Championships.

http://youtu.be/ZW2XlhQOqtw ELLERS played by the Woodfalls Band, a brass band

The prelude, offertory, and postlude were published in 1916 in Ecclesiae Organum : a Book of Organ Music for the Church Service.

Here is a snippet of the piece, played by David K. Lamb:

You’ll have to wait until Sunday to hear the rest.

The offertory is “Meditation-Religieuse” by W. Schutze, which we heard on 27 July 2014.

In the e-mail on the music for that service, I noted that I couldn’t find this work, but I was able to find an opera by Jules Massenet called ""Thaïs” (1894) which has a part called: "Méditation religieuse"

http://youtu.be/VxRF_tpQXAo "Méditation religieuse"/"Thaïs' Conversion"  which is very pretty, even if it isn’t the right piece

The opera had an Egyptian theme and was set during the Byzantine era. In the opera, a Christian monk attempts to convert a priestess of Venus (Thais).  Wikipedia says the opera had “a sort of religious eroticism,” whatever that is, and also said the opera had “many controversial productions.”

I’m sure that W. Schutze’s work of the same name will be free of any “religious eroticism,” though I’m not sure I’d recognize it if I heard it.

You can hear Itzhak Perlman perform "Méditation religieuse" (not the one by W. Schütze) here: 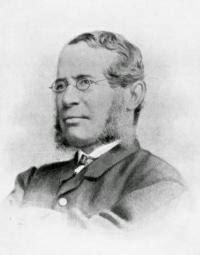 Henry Smart composed the well-known tune REGENT SQUARE, which Is used with “Angels from the Realms of Glory” and with “Christ is Made the Sure Foundation.”
Henry Thomas Smart

His many compositions for the organ were described as "effective and melodious, if not strikingly original" by the 1911 Encyclopædia Britannica.

In the last fifteen years of his life Smart was practically blind. He composed by dictation, primarily to his daughter Ellen.

I did find “Andante Grazioso.”  You can hear it be played on an organ at St. Marien, Emsdetten, Germany, here:

It gets very interesting about 30 seconds into the piece.
Richard
Posted by OSHPC Reporter at 8:12 AM