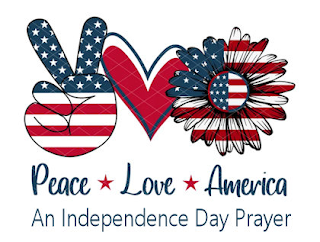 
Please join us this coming Sunday, July 3, 2022, at 10:30 AM, for a live and virtual church service.  The details for joining the Zoom service are below.   The List of Joys and Concerns and Bulletin are attached.  Pastor Glorya's sermon title is "We Live By Faith."  Communion will be celebrated.


Peace and Love from Scotland,

This Sunday's ZOOM service is being opened and managed by Linda while she is in Scotland. We anticipate there will be no problems in her doing so. However, should you be unable to connect using our regular ZOOM connection, please try use the BACKUP alternate connection listed below.

Recordings of past Zoom broadcasts are available at the church's web site -- http://oldsouthhavenchurch.org/Worship_videos/video_gallery.htm
and YouTube at -- https://www.youtube.com/channel/UCqIL9rLSCyVRS1Tmhd4S7TQ


Everything had gotten much worse since that meeting in June 1774.
Four thousand British regulars had been sent to Boston, and on the night of 18 Apr 1775; seven hundred of them were sent to seize guns and stores of gunpowder and ammunition at Concord.  And, as Ralph Waldo Emerson would later write ("Concord Hymn," 1837), a shot was fired that was heard round the world.
"Concord Hymn" by Ralph Waldo Emerson, sung by the Choir of First Parish Church, Concord, Massachusetts
By July 1775, the Continental Congress had sent George Washington to Boston to take charge of the effort to seize the city.
In December 1775, the Manor of St. George enlisted 70 of the men of the area as minute men.  William Smith and Capt. Josiah "Bull" Smith (of the Patentship of Moriches) wrote the Provincial Congress, "The minute men want powder, ball, guns, drum, colors, &c., which are not to be had here; and if to be bought, a great part of the company not able to purchase."
In January 1776, William Smith informed the New York Congress that the militia of Suffolk County now numbered but a little more than 2000, and he hoped "because of the great exposedness of the east end," that a number of Continental troops might be available to protect the county.  He went on to say:
"We have a number of poor men who are good soldiers and friends to the cause, and would be glad to enlist as minute men, but have no guns.  We should be glad to know if some could be procured at the public expense."
At Boston, in early March 1776, the Americans were able to bring heavy cannon—the cannon had been captured by the forces of Ethan Allen and Benedict Arnold at Fort Ticonderoga--to the hills overlooking the city (Dorchester Heights). Then Washington's Continental Army was able to expel the British.
After being forced out of Boston, the British sailed to Nova Scotia--where would General Howe go next?
New York, but where would he come ashore?
Thinking that surely Howe's forces would soon arrive, it was decided it would be prudent to put people on watch for the British fleet, and the leaders did so beginning in March, 1776.
The British ships are seen at Staten island on June 30, 1776.
General Washington began assembling his troops in Manhattan and on Long Island.
Soon over 400 British ships and boats, with more than 34,000 troops, filled New York Harbor.
Nathaniel Woodhull and William Smith attended the 4th Congress at White Plains on July 9, where Woodhull was again selected to preside.
On July 23, 1776, the Declaration of the General Congress of the "freedom and independence of the Thirteen United Colonies" was read in Huntington, with beat of drum, which was "approved and applauded with animated shouts of the people."  The people then made an effigy of George III, lined with gunpowder and wrapped in a Union jack, which was hung on a gallows, exploded, and burnt to ashes.
In the evening, they drank 13 patriotic toasts.
On Aug. 24, 1776, the New York Congress directed half of the western regiments of Suffolk County to go to the west part of Queens. Some would join the lines of the Continental Army.  General Nathaniel Woodhull was directed to round up all the cattle and send them onto the Hempstead Plain so they would not fall into the hands of the British.
On Aug. 27, 1776, the Battle of Brooklyn was fought (and decisively won by the British).
"The Battle of Brooklyn: The Revolutionary War in Four Minutes"
Nathaniel Woodhull was captured on Aug. 28, 1776.  Purportedly, a British officer had raised his sword and commanded him to say "God save the King." Woodhull instead replied, "God save us all." Down came the sword, injuring his arm and head. [The story about what was said in the confrontation of Woodhull and the officer did not appear until 1821 and is not generally believed to be true.]
Regardless of what may or may not have been said, Woodhull was injured and taken to a prison ship in Graveshead Bay, but because of his wounds, he was soon transferred to a house in Brooklyn where his arm was amputated.
He survived long enough for his wife (Ruth Floyd, sister of William) to reach his bedside. Nathaniel Woodhull died on 20 Sep 1776.
British troops poured onto Long Island; some moving eastward to take full control of the island and its resources.
The wharves of Sag Harbor were soon crowded with Long Island families desperately hoping to find space on a ship so that they might flee to Connecticut.


Did the first meeting house burn to ground during the Revolutionary War?
It is true that there is a legend that the first meeting house was burned by the colonists (the rebels) during the Revolutionary War, but I have been unable to find any support for this supposition dating earlier than 1915.
It is certainly true that by the twentieth century, the legend had become as firmly established as the one about Daniel Webster and his "mammoth trout."
Oddly, the historians of Long Island writing in the early nineteenth century wrote nothing about the burning of the 1740 meeting house.
Benjamin F. Thompson in 1839 wrote
"The Presbyterian church at Fire-place was erected in 1740, and rebuilt in 1828."
I think that is the most reliable information we have.
Of course, the church's web site and other places quote Rev. Borthwick's book, but then Borthwick fell for the big fish story too.  The burning of the first meeting house is even a part of the historical plays we have sometimes done at Old South Haven. (Of course, those are also based on Borthwick's book.)
I'm skeptical of interesting or entertaining "historical" events about which not a single word was written until many, many decades after they supposedly occurred.

Rev. David Rose, the Parish's Minister, in Connecticut
A photo of the gravestone of Hannah (Mulford) Rose can be seen here:
http://brookhavensouthhaven.org/hamletpeople/tng/showmedia.php?mediaID=2012&cemeteryID=49 .
The gravestone says:
In Memory of
Mrs HANNAH ROSE
the amiable Consort of the
Revd DAVID ROSE,
Pastor of the Church of Christ
in South Haven Long Island.
She died in Branford Febry 24th
A.D.: 1781 in the 45th
Year of her Age.
"David Rose, a vocal Patriot, and family were forced to leave his parish in South Haven, NY, during British Revolutionary War occupation of Long Island."
The family took refuge in David Rose's native town of Branford, Connecticut.
After a long illness, Hannah died a refugee in Connecticut, age 44 (that is, in her 45th year). On the lower portion of her stone is the inscription:
From british Tyrany she fled
and made a safe retreat
She now is free among the dead
her Soul Immortal great.
Unfortunately, that part of the grave stone is deteriorating, and if not already unreadable, soon will be.
David Rose's second wife was Berusha.  She is buried near her husband in Old South Haven's ancient burying ground in South Haven.
I don't know Berusha's surname.
Her stone had fallen over and was buried for a long time.  It is hard to read.  I think it says:
In Memory of
Mrs: BERUSHA, wife
of the Revd David
Rose who departed
this Life May 14th
A.D.   1 7 8 4
in the 36th Year
of her Age.
The "36" is uncertain as viewed in the photos.  The "6" is very clear, but the digit that precedes it could be "3," "5", or even "7," though based on Rev. Rose's age, "3" seems likely.
Rev. Rose and his second wife had no known children.
His third wife was Sarah Strong, the widow of Selah Havens and  the daughter of Selah and Hannah (Woodhull) Strong.

Posted by OSHPC Reporter at 8:50 AM